Our first true breakthrough in custom bike builds — The world’s lightest bicycle. This bike is so many things for us: it is the foundation upon which much of our current success is built; it culminates the experience of creating, designing and being a part of a world’s first. We have built the first bike to go below the 8.0 pound mark. We were told to build the lightest bike and we responded by breaking through the previous industry standard. This project is a custom build using parts from the now defunct company M2 Racer, a lightweight bicycle component manufacturer. The core of the bike is the Litespeed Ghisallo. Although this frame went on to become the lightest production bike on the market, we wanted to go further and make it even lighter. To show them how we could take their product to the next level, a level only made necessary by our desire to push the industry to even greater heights towards perfection, we convinced them to give us one of their prototypes, a frame that had not had the extra bits of material added to account for manufacturing tolerances.

From there, it was time to roll up our sleeves and get to work selecting the best combination of parts that would bring our goal into fruition. A bike can only be bought down to a certain level of lightness. To go even further takes time, education, experimentation and customization. We began with some obvious customization: pulling apart the derailleurs, replacing stock springs with wrapped Ti rods, manually removing excess materials in the brake levers, cranks and dérailleurs. Next, we convinced Zero Gravity to send us a prototype brake-set made out of aluminum, a set so light it never made it to production due to costs. We then went to the Carbon Fiber lab at the University of Arizona to create a one-off carbon fiber cassette, mating it with M2 Racer’s already lightweight componentry.

What did we achieve at the end? Well, there is no official record. No, Guiness Book of World Records publishing. No, plaque or certificate to hang. We, however, did make it to the top (or bottom, for that matter). Our supporters and colleagues have recognized this bike for what is. We only ask that the community continues to support the knowledge and experiences gained by building a bike of this magnitude. Additionally, we would like to recognize the efforts of another builder who currently has the lightest bike in the world (updated 9/22/2009). 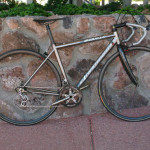 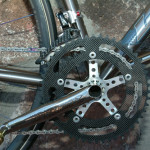 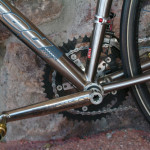 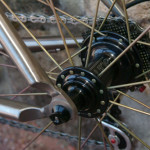 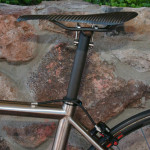 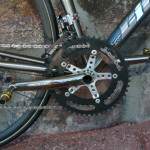 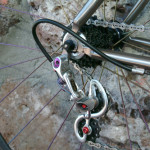 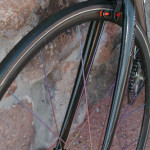