This project was something we did for ourselves just to see if we could make an all purpose road/gravel bike that’s light, durable and fun to ride.

The Parlee Altum disc made a great platform to start and easily fit the Kenda 28c small knob Karv tires with enough room to spare that we could have fit a 30 if only Kenda made this tire in a 30.

We knew we wanted to do Di2 and decided to do a 1×11.  We used the Shimano R785 Di2 shifter and hydraulic brake lever along with an XTR Di2 rear derailleur and display unit.  After some playing with firmware versions and a few tweaks in setup the display works great as does the ability to shift the rear derailleur from either the left or right hand shifter.   With a 42t up front and an 11-40 in the rear, we’re definitely geared a little lower than a standard road bike, but we knew this bike would see plenty of time climbing the dirt roads and trails in the mountains around here.

We fitted the new Thm Clavicula SE because it’s light but also because Thm has such a solid long term track record.  We also chose not particularly light cockpit and post parts which are titanium from Control Tech.  We chose them partly because they are bombproof but also because they looked so good on this bike.

For the wheels, Enve 3.4 disc clinchers were an obvious choice for their durability, weight and performance record.  We built those rims onto Tune King/Kong hubs using a gun metal grey Pillar Megalite spoke, and fitted them with the carbon-ti rotors.

In the end the complete bike wasn’t as light as we could have built it, but we think at 14.5 pounds it’s certainly light enough for it’s class. 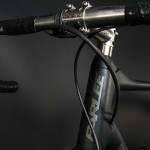 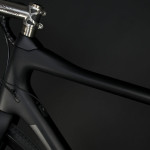 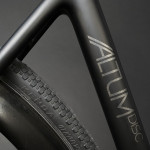 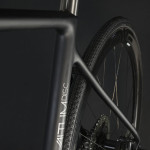 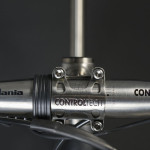 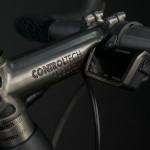 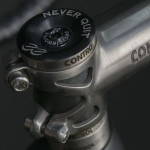 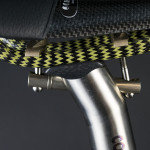 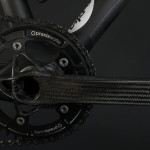 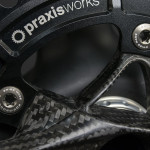 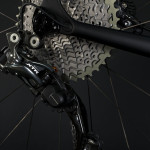 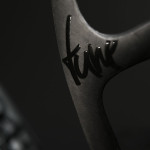 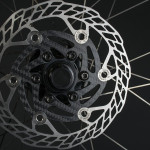 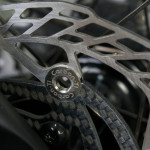